There are multiple published clinical studies on the antimicrobial properties of virgin coconut oil (VCO) and its derivatives, and they’ve been around longer than you may think.
We asked a leading dermatologist and dermatopathologist, Dr. Vermén Verallo-Rowell, who is a specialist in contact dermatitis, psoriasis, and its secondary infections — and whose regularly-cited studies on virgin coconut oil and monolaurin have helped us understand their clinical, nutritional, and cosmetic applications — for a review of these studies to help us better understand how virgin coconut oil and its derivatives really hold up against some of the most common microbes.
Her review spanned laboratory and clinical disinfection studies on VCO and derivatives compared with alcohol since the 1970s.

It seems that VCO and its derivatives are as effective as alcohol in typical hand sanitizers but with some important differences.

Her detailed review follows below but this simple summary shares the highlights of how coconut derivatives compare against alcohol, the all-time classic against viruses.

Alcohol is virucidal, significantly so at 85%, less so at 70-80%. Check your hand sanitizer to make sure it that it contains alcohol at these concentrations.

2. VCO and its derivatives are as effective as 85% alcohol, but at much lower concentrations due to how they work

Alcohol works by denaturing the virus’s protein materials. VCO and its derivatives are as effective but they act in a different way: they act on lipids so they directly disintegrate the viral envelope, which destroys the rest of the virus.
Lauric acid monoglyceride as 2% monolaurin has been shown to kill not just viruses but also fungi as well as gram (+) and (-) bacteria, and some of their resistant strains.

3. Pros and cons of alcohol versus VCO and its derivatives

VCO, its derivatives, and alcohol all have immediate effects but alcohol evaporates quickly (is transient). VCO and its derivatives are lipids (fats). They stay longer on surface skin and mucosa, so their antimicrobial effects last longer.
VCO can also be used to gargle with, and our clinic and research center regularly prescribes monolaurin pellets to be taken orally as daily supplements.
A virtually-pure monolaurin (96%) in hand sanitizers and other leave-on products is an excellent alternative. Its studies are so consistent that VMV Hypoallergenics uses monolaurin in the majority of our products as part of our proprietary self-preserving system and to protect skins with compromised barrier functions (such as in psoriasis and eczema) from microbial colonization.
These products are more expensive than alcohol-based ones but their antiviral action on the breakdown of enveloped viruses and other microbes, combined with their moisturizing and longer-lasting effects, are desirable, especially with frequent use. These can be applied to hands and nostrils, including the inside mucosa that can be easily reached.

If 80-85% alcohol is available, that’s great and usually very affordable. If not, and if clean water is available, a hand or body wash with sodium lauryl sulfate (SLS) or sodium laurel sulfate (SLES), is better to use than diluted alcohol. SLS and SLES are relatively cheap coconut oil derivatives made with lauric acid. They are often found as a saponifier in bar soaps (read ingredient labels for its presence) and in some hair and body washes. Just make sure to choose products with lower concentrations of SLS or SLES and with no allergens or irritants in the formulation. While not an allergen, SLS and SLES, just like alcohol, can be irritating (more so SLS than SLES) as their concentration increases.
As an alternative, VCO can be used. When we do medical outreaches, the doctors we work with teach patients to make their own coconut oil, if coconuts are more readily available than other options. We then instruct them to massage the VCO well — rubbing it into the skin — to help the lipases in non-/pathogenic microbes in the skin break down the VCO into its monoglycerides and fatty acids, especially into lauric acid and monolaurin. The slippery feel of the oil disappears quickly because 65% of its fatty acids are short to medium chain.

In January, 2020, The Potential of Coconut Oil and its Derivatives as Effective and Safe Antiviral Agents Against the Novel Coronavirus (nCoV-2019), a study by Professor Emeritus Dr. Fabian Antonio Dayrit and Dr. Mary Newport, explored “the potential use of coconut oil as a safe antiviral agent against the novel coronavirus.” It posed the question…

“Several researchers have been designing drugs to specifically target protease enzymes in coronavirus, but testing for these drugs is many months away. What if there is a treatment candidate against the coronavirus that might already be available and whose safety is already established?”

They continue: “Lauric acid (C12) and monolaurin, its derivative, have been known for many years to have significant antiviral activity. Lauric acid is a medium-chain fatty acid which makes up about 50% of coconut oil; monolaurin is a metabolite that is naturally produced by the body’s own enzymes upon ingestion of coconut oil and is also available in pure form as a supplement. Sodium lauryl sulfate, a common surfactant that is made from lauric acid, has been shown to have potent antiviral properties. Lauric acid, monolaurin, and sodium lauryl sulfate (which is also known as sodium dodecyl sulfate) are used in a wide range of products for their antiviral properties.”

How is monolaurin a compelling candidate for novel coronavirus?

Doctors Dayrit and Newport explain lauric acid and monolaurin’s antiviral mechanisms: “first, they cause disintegration of the virus envelope; second, they can inhibit late maturation stage in the virus replicative cycle; and third, they can prevent the binding of viral proteins to the host cell membrane.”

Both the 2020 study and Dr. Verallo-Rowell’s review point to the antiviral studies of lauric acid and monolaurin from as early as 1979. A 1982 study by Hierholzer & Kabara “showed that monolaurin was able to reduce infectivity of 14 human RNA and DNA enveloped viruses in cell culture by >99.9%” with monolaurin working specifically by disintegrating the virus envelope (later validated by further studies; see review).

Because monolaurin works by preventing maturation, it prevents replication.

A 2001 study on fatty acids against the Junin virus (JUNV; the cause of Argentine hemorrhagic fever) showed that lauric acid was the most effective at inhibiting “a late maturation stage in the replicative cycle of JUNV.”
As a result, this may slow down the increase in viral load in the body.

Monolaurin prevents the virus from binding to our cells.

It is important to emphasize that, to our knowledge as of this writing, monolaurin has not been tested on nCoV-2019 specifically (neither has alcohol). This information is compelling but needs validation on this particular virus. The available evidence seems to suggest similar efficacy to alcohol in destroying enveloped viruses and some coronaviruses. Follow your doctor’s instructions, and rely on trusted sources such as the World Health Organization, Centers for Disease Control and Prevention, and your country’s department of health. For the study review of VCO, monolaurin and other coconut oil derivatives as antivirals, antibacterials and antifungals, continue reading. 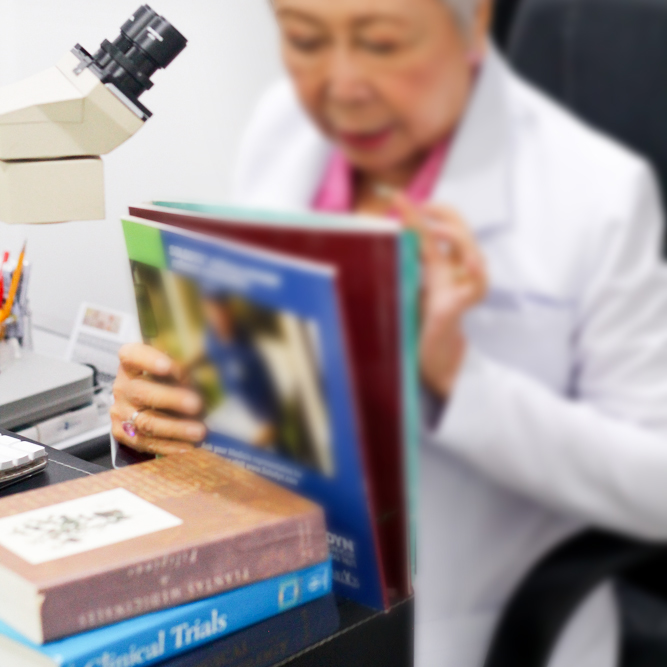 Since 2007, Dr. Verallo-Rowell has treated, disinfected, and prevented recurrences on H. simplex Virus 1 and 2, Verrucae, Molluscum contagiosum, and various other skin infections using 96% monolaurin in oral pellets, 2-4% monolaurin in topical preparations, and 1% monocaprin topical preparations, with high efficacy and very rare adverse reactions.
She often combines the use of these monolaurin products with the daily application of cold-pressed, organic virgin coconut oil (VCO) which, in addition to its broad-spectrum antimicrobial properties, has humectant, occlusive, lipid cell membrane and skin barrier repair capabilities, from its unique fatty acids and glycerin.
She also regularly uses 2-4% monolaurin in hand gels and in petrolatum for antibacterial, antiviral, and antifungal antisepsis.
The summary of her study review states: “Virgin coconut oil and its derivatives are shown in laboratory and translational clinical studies to have a broad-spectrum, antimicrobial effectivity on viruses, bacteria and fungi. Most of the studies are published in international, a few in regional journals. Still fewer are pilot trials that similarly show these antimicrobial effects against various organism types.”

Introduction to virgin coconut oil and its derivatives

“Like all vegetable oils, coconut oil (CO) is made up of triglycerides which have three fatty acids (FAs) linked to the three carbons in its core glycerin molecule.
Lipase enzymes of non-pathogenic microbes present normally in the skin, and pathogens that may invade it, break down the links, first to a di- then a mono-glyceride, and lastly, into its glycerin and three-fatty acid components.
VCO has about 50% Lauric acid, and 7% Capric acid. The monoglycerides of these two fatty acids have broad-spectrum antimicrobial effects as seen in a few pilot studies; and in laboratory studies and clinical trials published in international and regional journals since the 1970s.
In our studies, we use virgin coconut oil (VCO) that is cold pressed with no heat, certified organic, and freshly harvested to ensure purity, maximum content of important fatty acids, its monoglycerides, fatty acids, and its anti-oxidants .”

The antiviral activities of Lauric acid and monolaurin were first noted by Sands and co-worker in 1979. In 1982, monolaurin was shown to be highly antiviral, at times, at 10 times less concentration, than its Lauric Fatty acid. Five years later in 1987, monolaurin is confirmed as highly anti-viral at concentrations 10 times less than Lauric acid. This study also showed that both monolaurin and Lauric acid inactivate viruses by cell membrane disintegration. A 1994 study showed that Lauric acid had a dose-dependent, reversible inhibition of infectious vesicular stomatitis virus production. When Lauric acid was absent, this antiviral effect disappeared. Lauric acid did not influence viral membrane (M) protein synthesis, but prevented binding to the host cell membrane. In 1999, monocaprin was shown to be a feasible mucosal microbicide to prevent sexually transmitted infections such as Neisseria gonorrhea, Chlamydia and HIV.
In the 2000s, studies were published on coconut oil for HIV-AIDS (repeated in 2016 with forty HIV subjects with CD4+ T lymphocyte counts divided into a VCO group and control group (no VCO). The VCO group showed significantly higher average age CD4+ T lymphocyte counts versus control after 6 weeks. Monolaurin for Molluscum contagiosum (a skin virus), and monolaurin in a gel is highly active on repeated high viral loads of Simean immunodeficiency virus in macaques. A study in 2001 on saturated C10 to C18 fatty acids against JUNV (an enveloped virus and the causative agent of Argentine hemorrhagic fever) infection showed Lauric acid as the most active inhibitor. Mechanistic studies from transmission electron microscopic images from 2012 concluded that Lauric acid inhibited a late maturation stage in the replicative cycle of JUNV.
In 2007, monoglycerides were tested on respiratory syncytial virus (RSV) and human parainfluenza virus type 2 (HPIV2) at different concentrations, times, and pH levels, with monocaprin (even as low as 0.06-0.12%) showing the most activity against influenza A virus.
From 2015 onwards, studies show monolaurin’s efficacy in a wider range of viruses, from avian influenza virus in chickens, to the female genital tract in Rhesus macaques. Further studies show coconut oil and its derivatives as safe and effective antiviral compounds in both humans and animals against envelope viruses, causing complete envelopes, plasma membranes, and viral particles to disintegrate, lyse, and cause the death of cultured cells. Because of the antiviral and antibacterial protection that it provides to animals, coconut oil, as well as lauric acid and monolaurin, are used in farm animals and pets as veterinary feed supplements in chicken, swine and dogs.

Another Disinfection Technique: Wash Your Hands, Use Monolaurin…and Virgin Coconut Oil Your Nose!

Rosacea: When Your Skin's Always On Red Alert!

Our Missing Ingredient … is still missing 😢

(We should talk about) BRUNO: Allergen or Not An Allergen?

ALUMINUM: Allergen or Not An Allergen?

CARBA MIX (Rubber, Rubberized Handles): Allergen or Not An Allergen?

BENZOYL PEROXIDE: Allergen or Not An Allergen?

LETTUCE: Allergen or Not An Allergen?

Our Missing Ingredient … is still missing 😢

(We should talk about) BRUNO: Allergen or Not An Allergen?

ALUMINUM: Allergen or Not An Allergen?